The European audiovisual industry needs modern legislation that will reflect the rapid development of digital technologies on the market, agreed participants of a regional conference on copyright. They called for the implementation of the EU copyright directive on the single digital market and a mechanism that would protect artists.

Decision-makers in EU countries have a historic opportunity to support the European culture and creativity and create good conditions for creativity, heard the conference on the copyright directive organised by the Association of European Performers’ Organisations (AEPO-ARTIS), the Screen Actors Guild of Slovenia and the AIPA, an organisation of rights holders, in Ljubljana on Wednesday. 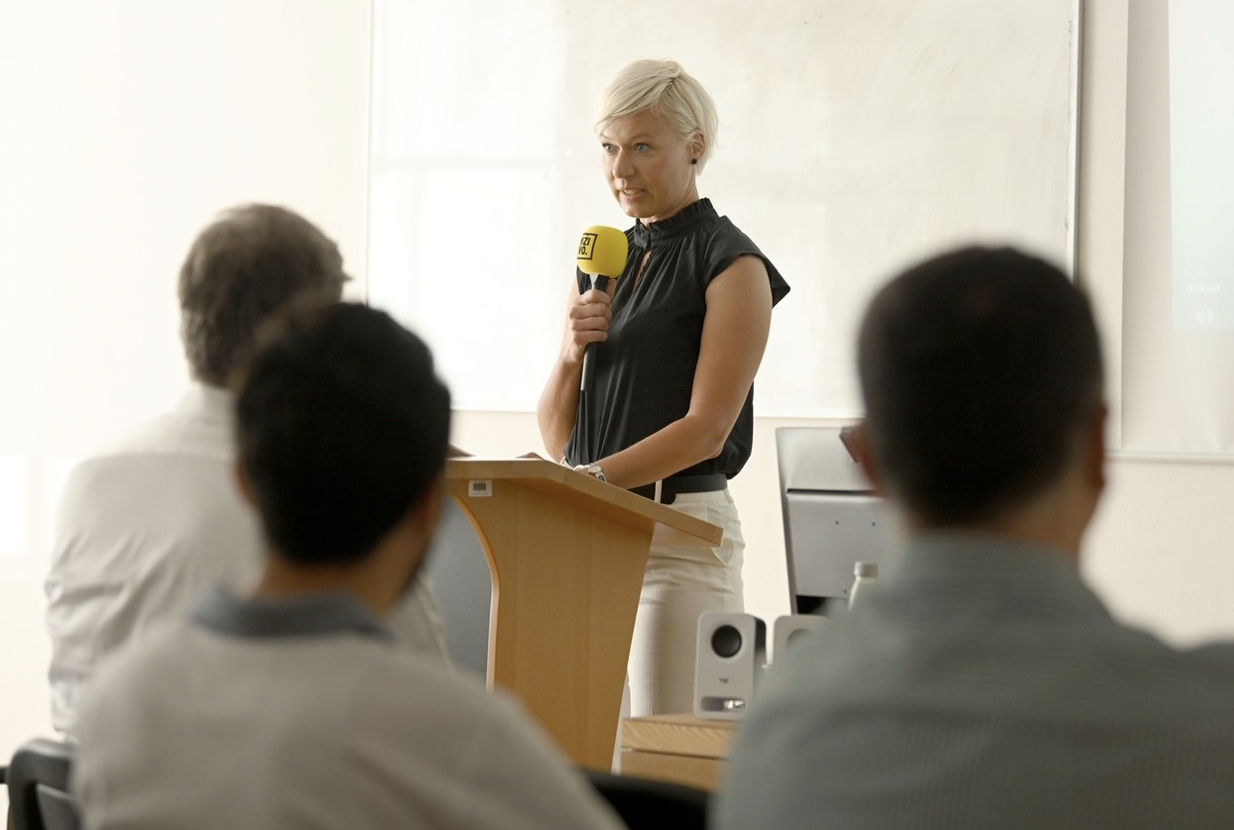 This can be achieved through a good legal basis that will allow artists to get fair and proportionate compensation for the use of their works and the 2019 EU copyright directive enables this. Now it is up to EU countries to decide to what extent they want to protect their artists in the audiovisual industry, stressed the participants.

During the Covid-19 pandemic the use of digital technologies increased significantly. In countries which have good copyright systems artists survived the crisis a lot easier while in other countries artists’ social issues only deepened, said some of the participants, highlighting Spain as a role model.

According to José Maria Montes from the Spanish collective organisation of audiovisual artists AISGE, the Spanish audiovisual industry has seen enormous success in the past decades. Its production has turned Spain into a global player in culture and economy, which also means more production and higher revenue.

This was possible because of good legal foundations, as Spanish artists have had the right to compensation for four types of use of their work, including online use, since 1996.

Their German counterparts would like the same level of protection. However, by implementing the directive the state enabled them to be compensated for the use of their works on platforms for files exchange such as YouTube but not for the use on streaming platforms such as Netflix, HBO Max, etc., said the director of the German music copyright collection society GVL and AEPO-ARTIS head Tillo Gerlach. 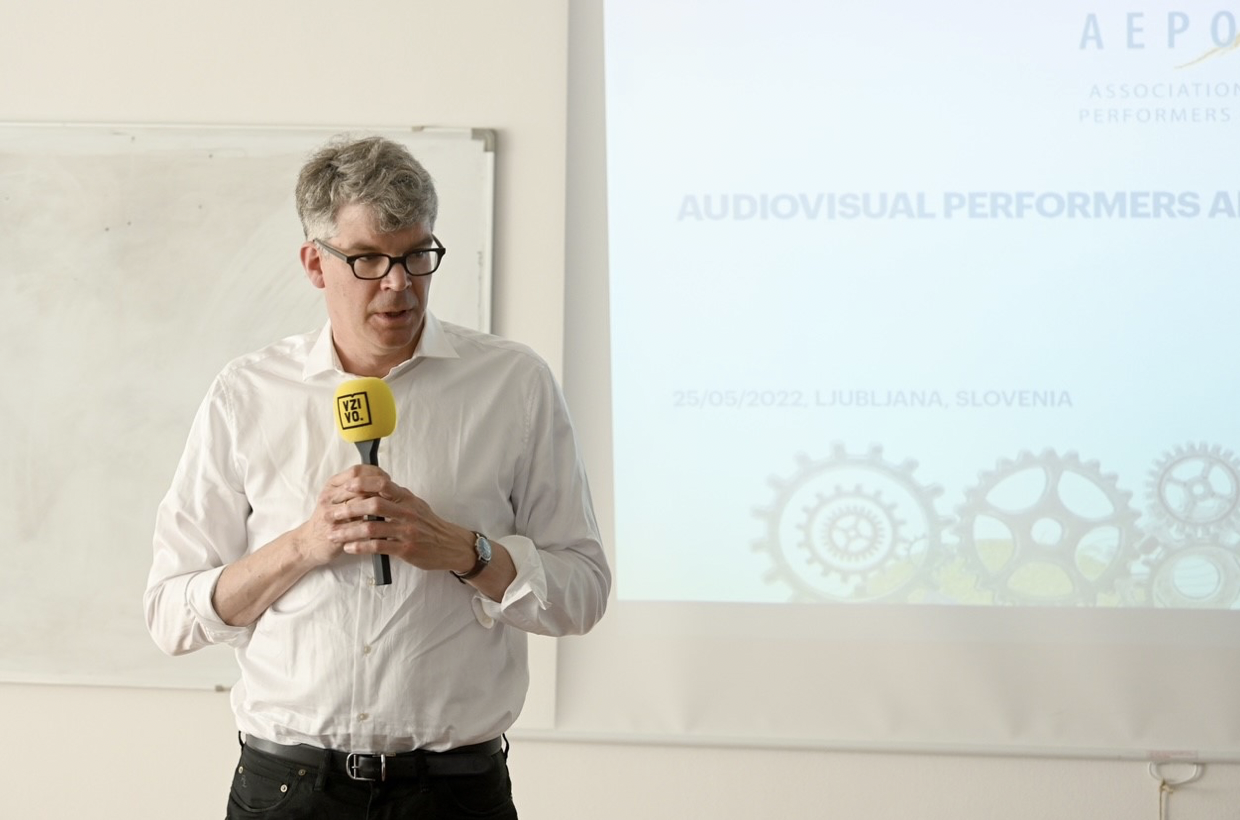 Despite the law being passed, in reality artists do not receive compensation even from YouTube, as licensing of works is complicated, which is a result of legislation that did not set detailed rules.

AEPO-ARTIS secretary general Ioan Kaes said that one of the key challenges that European audiovisual artists face was the lack of appropriate legislation that would introduce rules for fair play on the market, including compensation. “Currently only 14 out of 27 EU countries have implemented the directive and Slovenia is not among them,” he said.

AIPA head Gregor Štibernik said the conference was extremely important for all copyright holders. “This conference is sending out the message to decision-makers that the audiovisual sector wants the directive to be implemented in a way that would enable all audiovisual artists to be as creative as possible.”

Robert Kordič, a copyright expert from CBS, presented a proposal for transposing the directive into Slovenian legislation. He said the proposal brought more rights for artists, primarily the right to fair and proportionate compensation for the use of their work.

Pal Tomori from the Hungarian Performer’s Rights Protection Association Office presented a system of expanded collective management, which has been implemented in Hungary. The system allows everyone who thinks they can manage their rights better to exit the collective organisation, he said. 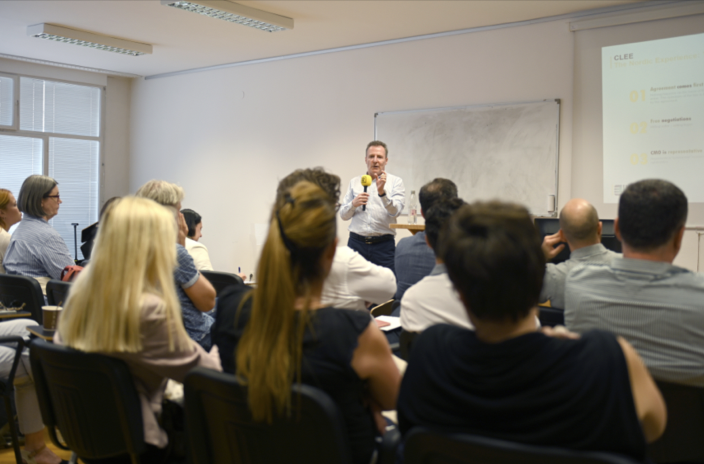